The passion of the bikes

Some pics and a story from our local ABC

A passion for bikes. We all had it once. Learning to ride is a rite of passage for most everyone when we're growing up, but somewhere along the line most of us misplace it.

Ian Downing is one man who has enough passion for cycling to sustain an entire peloton of non-cyclists. He not only rides, he lives bikes. His house is part workshop, part bike museum. He takes the kids to school by bike, does the grocery shopping by bike, in fact he lives his entire life by bike.

According to Ian, it's not the bicycle that makes cycling great, but the ride. His Nirvana is the ability to travel through the world in an accessible and low-impact way, doing something that's as relaxing as it is uplifting.

666 ABC Canberra's Jim Trail is not in his league, but in the first of a series on cycling Jim talked to Ian about the Passion of the Bikes.

I've decided on the compact design after a phone conversation with Darryl on Friday. He also asked if it was OK to take artistic licence. I said "sure" and was very impressed. I'll choose the frame colour after I see the design. But you can be assured there is more polished stainless steel just like the track frame.

Now that my Llewellyn track frame is nearing completion, Darryl has sent me two plans for my new road frame. I've got to decide between a traditional horizontal top tube and one of those new fangled slightly sloping top tube. 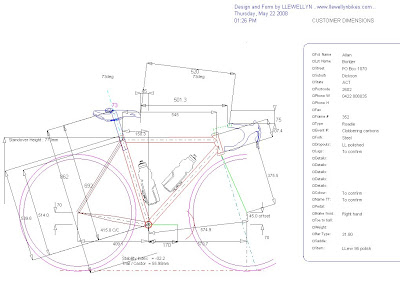 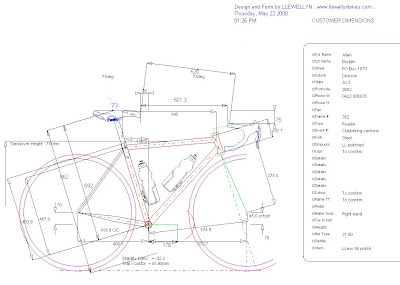 My Llewellyn Trackie is well underway. 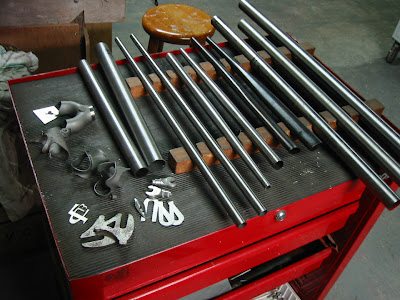 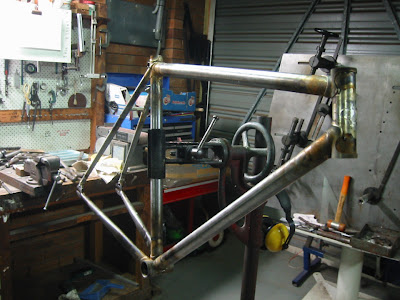 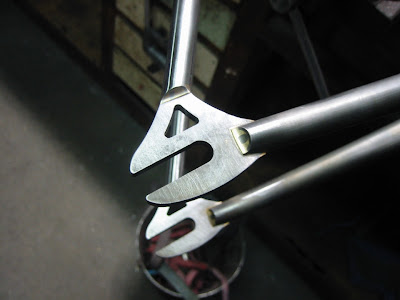